One of the founders' family comes from the Neapolitan region so I guess he would answer :"Because Napoli!". We just fell for that city, it was like love at first sight.
For my part, Naples represents the osmosis of our origins, the ideal crossroad of all the things that had an influence on us. It's a city full of light, with a special soul and tremendously generous, especially in its craftwork tradition.

Zampa Di Gallina is the name of a technique used to sew shirt buttons, which looks like a chicken claw (not very glamourous for a site name, I admit).
It is said that the grandmother of Luigi Borelli, a great Neapolitan shirtmaker, created this sewing technique because she was starting to lose sight. The fact of sewing back to the same button was a great way for her to avoid mistakes in the process. That's what the legend tells us but as John Ford was used to say: "when the legend is greater than the truth, then publish the legend".
Zampa di Gallina is in fact the symbol of what we would like to enhance: â traditionnal craftmanship with a lot of real handmade work. The zampa di Gallina sewing technique can only be made by hand. There is no machine able to achieve this level of work, at least for the moment.

The drawing was made by the very talented cartoonist of Croquis Sartoriaux http://croquissartoriaux.tumblr.com/ 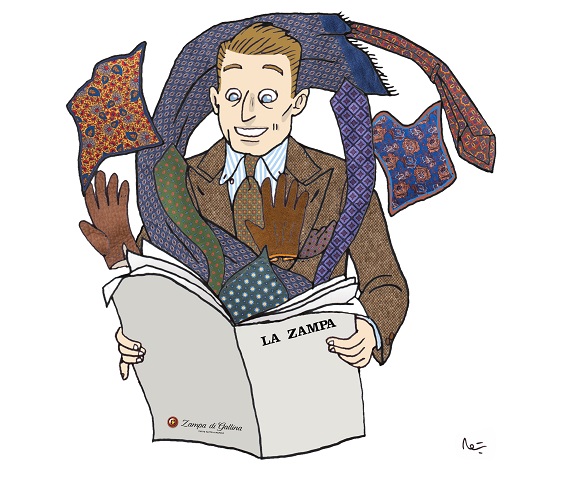